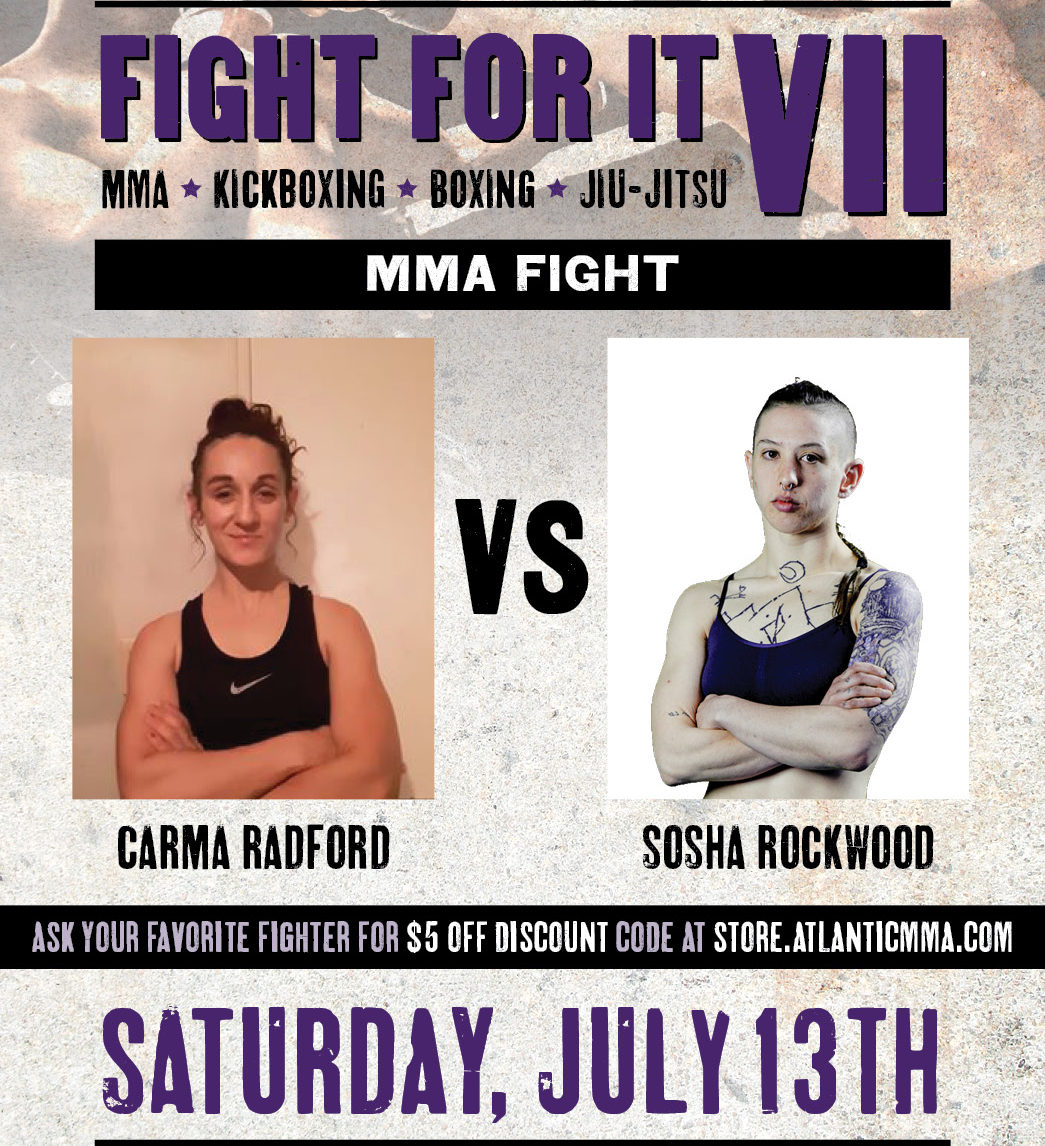 Carma Radford arrives to Fight For It VII looking for redemption after a 2018 decision loss to Samantha Seff, and two cancelled bouts. even with only two years of training under her belt, Radford has already notched a 1-1 record in MMA. “Fighting comes very natural to me,” she says. Dedicated to her training and motivated to be a voice for women who’ve been subjected to domestic violence or abuse, Radford embraces every dimension of MMA and fights with righteous purpose. Rather than expect a singularly focused gameplan, she says, “I like to take chances for a stellar performance.”

But if Radford wants another notch in the win column, she’ll have to get through Sosha Rockwood, who scored 5 points in the 2019 Fight For It MMA Grand Prix with a second round submission win over Ashley Blankenship at Fight For It V. In that bout, the TFTC Academy-trained Rockwood showed her toughness early on, with sharp striking and grinding clinch work before taking it to the ground in Round 2 for the decisive armbar. Don’t sleep on this strawweight tilt.

Fight for It VII tickets available at store.atlanticmma.com 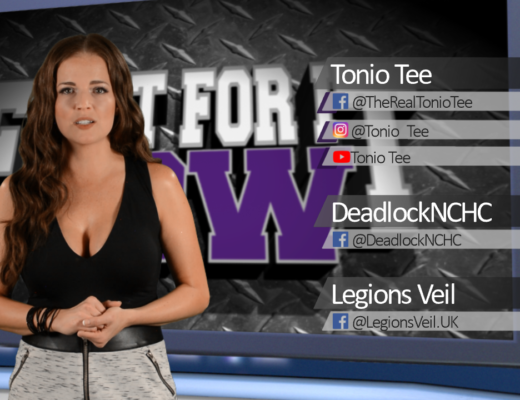 Fight for It NOW Episode #2 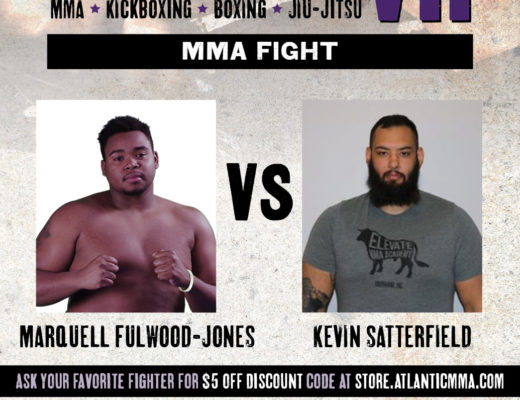 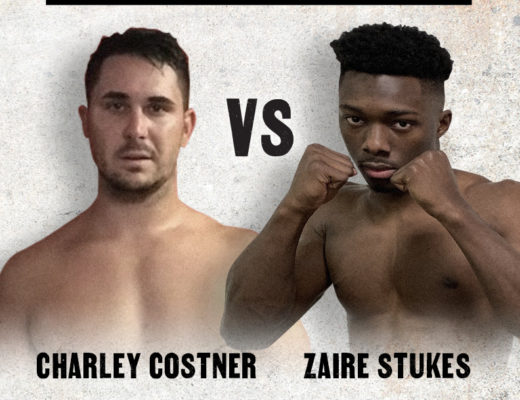 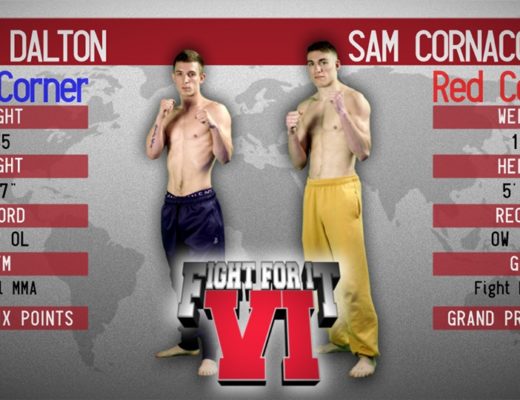